Apilus at 30: Pushing the Boundaries in Permanent Hair Removal 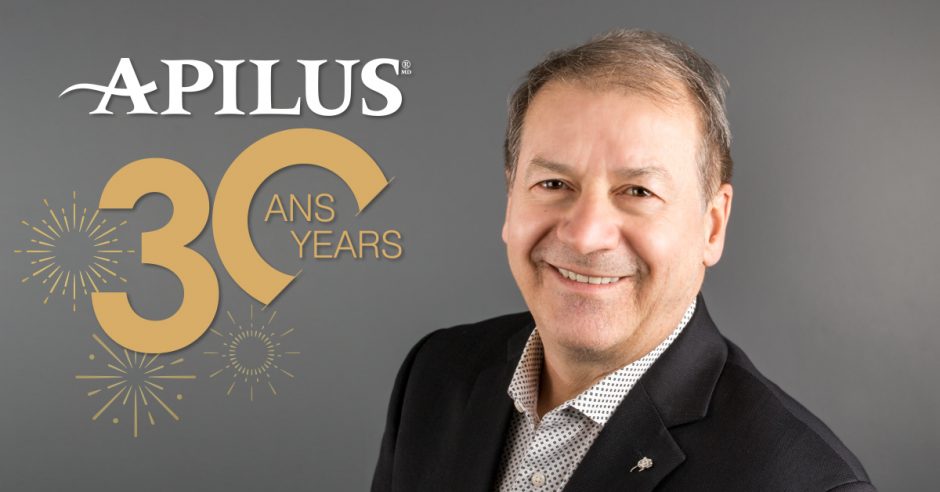 In September 1989, Dectro launched its first Apilus-branded product on the market, the Electropil. Since then, the name Apilus has become synonymous with innovation in the field of permanent hair removal. As we reach this 30-year milestone, we would like to invite you to accompany us, as we go through the highlights in the history of Apilus, the global reference in electroepilation.

With the Apilus Electropil, Dectro enters the fray in grand fashion. It offers a brand-new type of electronic hair removal device, with specific programs for given areas of the body, and settings calculated according to the size of the hair. In a very real sense, this device marks the beginning of computerized electrolysis treatments. Both professionals and customers are seduced by the performance of the Electropil. The secret? A microcontroller that distribute very precise linear high-frequency power, and which delivers impulses measurable in hundredths of a second, for faster, more comfortable treatments.

After this remarkable entry, innovation continues at a steady pace during the 1990s with the Apilus Junior, Senior and SM-500. The latter model introduces the Microflash system, for ultra-fast pulses to the thousandth of a second. This last innovation anticipates the new features available on the second generation of Apilus devices, introduced in 1999: more stable and powerful current, the iMM-Pac technology, Multiplex, MultiBlend, programs for insulated probes, integrated printer and management software. Of note also, an increase in the recording memory, which enable the technician to save customized programs (up to 120 distinct profiles, with the high-end model, the Apilus SX-500) for added flexibility.

With our third-generation models in 2011, we are now dealing with truly smart devices. With 9 treatment modalities and more than 1080 programs (in the case of the Senior 3G model), they make it easier than ever to deal with all possible situations. More powerful, reliable, accurate and customizable than ever, the Apilus 3G’s popularity worldwide shows no sign of abating. We can say with confidence that at this point, the Apilus “recipe” becomes firmly established and stands out as a clear reference for quality in the market.

From the mid-1990s until 2005, Dectro is involved in a bold research and development program whose aim is to offer a device that uses the 27 MHz ISM frequency. The goal is reached with the successful launch of the Apilus Platinum, in 2005. Never has an electrolysis treatment been so quick and painless. That is because the 27 MHz frequency doubles the coagulation rate of the tissues compared to the 13.56 MHz epilators, and a fivefold increase in comparison with devices operating at 5 or 6 MHz. Such quick polarity exchanges make extremely short application times possible. Additionally, research shows that at 27 MHz, the destruction zone is concentrated closer to the probe, where the germ cells are located, which curtails irritation and discomfort. Finally, because the water molecules present in the hair follicle are able to absorb heat more readily, a lower power output can be used. In other words, given an equal amount of power, the 27 MHz signal needs to be applied for a shorter time, and acts on a more focused area. In short, permanent hair removal can now be done in great comfort!

Towards a new horizon

Revolutionary technology called for visionary design. And in 2014, the Apilus xCell rose to the challenge. As the world’s first smart epilator with a full-color touch screen interface, the xCell brings together under an attractive and modern housing, the best of Apilus technologies: even more power and precision thanks to the use of the 27.12 MHz frequency and customized treatment programs that adapt to the different sizes of Pro-tec probes. The addition of the patented Synchro method, as well as its intelligent customer management system allow you to customize your treatment programs while ensuring seamless follow-ups. The xCell is nothing short of a technological tour-de-force: the ultimate in efficiency, speed and comfort. However difficult it may be to imagine today how we could further improve, for the next Apilus iteration, we know that we are bound to do so.

After all, isn’t going beyond boundaries in Apilus’s DNA from the very beginning?

Académie Dectro: Your Gateway to Success

The four phases of the hair cycle

Académie Dectro: Your Gateway to Success